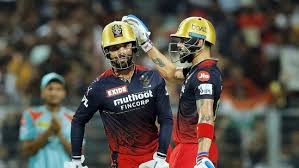 Ben Stokes will base his decision to play in the IPL 23 on the English calendar. The IPL is a “great event” for the 31-year-old, who has scored 5320 runs and taken over 200 wickets (185) in 84 Tests, but he will only participate if his busy schedule permits.

For some of the top international cricketers, the emergence of numerous T20 leagues may have caused a paradigm shift in their priorities. Still, England Test captain Ben Stokes is clear that his participation in the 2023 IPL will rely on the national team’s schedule.

In order to attain a better work-life balance, one of the best all-rounders in the world, Ben Stokes, has already stepped down from 50-over cricket. Nothing is more important to Stokes than donning the spotless whites.

Examining schedules and planning for the future is essential.

As it has been made very clear, Test cricket is on his top priority list, and it is decided that he will majorly base all of his decisions on Test matches.

“Ben Stokes: Phoenix from the Ashes” asserts that “now that I’m the captain, it’s my duty to accomplish it.”

The IPL is a “great event” for the 31-year-old, who has scored 5320 runs and taken over 200 wickets (185) in 84 Tests, but he will only participate if his busy schedule permits. “I played four years in the IPL. It’s an incredible competition to take part in, not just for the IPL spectacle but also for the chance to collaborate with some of the top coaches and players in the world.

Stokes, who once received a bid of more than USD 2 million from Rajasthan Royals, continued, “It is just a great experience to be engaged in, but as I said, there aren’t any specific schedules to be extensively looked at around IPL matches.

He went on to explain why it is so difficult for English players to play in the IPL. “Our schedules are full, and it seems like we play cricket all year round as England players. I think everyone will have their summer when our winter comes, and vice versa. In light of this, either people come here to play, or we go on tour to play cricket.

The Decision To Stop Playing in ODIs

In order to develop his career, Stokes felt obligated to make the “tough” decision to cease playing ODIs. Although it was a difficult choice, I had an easy time making it. I’ve always known that eventually, I would have to withdraw from one of the white-ball forms.

I simply didn’t know which one it was, and I wasn’t going to decide until I was certain of it. The decision was made quickly after receiving an internal call during the India ODI series.

“When you know, you know,” you hear people who have retired from a variety of activities saying. So, when I concluded the first ODI against India at the Oval, that was my “when you know, you know” moment. Even though it was difficult to accept that I won’t be participating in this format any longer, the decision was made simply because it came to me so swiftly.

The 59-year-old native of New South Wales, who frequently competes in the IPL, most recently served as the coach of the Sunrisers Hyderabad. In an effort to win the coveted championship before the 2023 IPL, Punjab Kings intend to appoint World Cup champion Trevor Bayliss as their head coach.

Bayliss led the support staff of the Kolkata Knight Riders when they won the IPL in 2012 and 2014, in addition to leading England to their first ODI World Cup victory in 2019. Due to the team’s inability to make the playoffs, Anil Kumble, a great player for India, had his three-year contract not renewed, and Bayliss was brought in to fill the void.

Punjab only appeared in one IPL season finale, which they lost to KKR in 2014. “The group has chosen to move on with Trevor, who is regarded as one of the best in the field and has a track record. The management is expecting that with his leadership, the team will go on to win the championship,” an IPL insider told PTI.

It is anticipated that the paperwork for Bayliss’ signature will be finished soon. Punjab, a team that has struggled to consistently perform at its best since the IPL’s start in 2008, has finished sixth each of the previous four seasons.

They frequently blow hot and cold, which contributes to their demise. When he joins the team, Bayliss will undoubtedly want to improve on that one area. They were eliminated early from the most recent IPL because they couldn’t pull together two victories in a row during the league stage.

The management must also make a crucial choice on the captaincy. Last year, Mayank Agarwal replaced K L Rahul as captain, but his batting performance fell short of expectations.

As a result of the owners’ and management’s confidence in Agarwal, he may be given one additional year as the team’s manager. Prior to the 2022 IPL, he and Arshdeep Singh were the only two players Punjab had kept.

All the pieces of information mentioned above are some of the most exclusive ones of IPL sports news. These would have provided you with some essential insights about recent cricket matches.