IITSWEB
HomeSportsEverything You Need To Know About Cricket Fights Is Here!
Sports 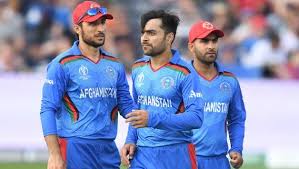 Videos of the riot-like scene, in which supporters from both sides can be seen engaging in violence and causing damage to Sharjah Cricket Stadium, have surfaced. Tensions escalated toward the end when Pakistan was reduced to 118-9 in the 19th over courtesy of the dismissal of Asif Ali (16) by fast bowler Fareed Khan.

Pictures of Pakistan and Afghanistan fans insulting, ridiculing, and making fun of one another inside the Sharjah stadium following the Wednesday night Asia Cup game are all over social media. Videos of the riot-like scene, in which supporters from both sides can be seen engaging in violence and causing damage to Sharjah Stadium, have surfaced.

Former Pakistani speedster Shoaib Akhtar posted on Twitter, accusing Afghan fans of the violence, saying, “This is what Afghan fans are doing.

It was found that they had done this already numerous times previously.

This is a game, therefore, treat it as such and play by the rules.

Shafiq Stanikzai, the former CEO of the Afghanistan Cricket Board (ACB), was mentioned in a tweet by Akhtar.

In response to Akhtar’s remark, Stanikzai displayed a different collection of images and wrote, “Watch these photos and the video carefully then judge. Also, let the Match referee decide in accordance with the Cricket law before you use degrading language toward the entire country, as it is your second time doing so. I’m hoping that the apologies will be accepted.

Tensions escalated toward the end when Pakistan was reduced to 118-9 in the 19th over courtesy of the dismissal of Asif Ali (16) by fast bowler Fareed Khan. After speaking to each other and pushing one other, Asif pulled his bat close to Fareed’s face as Afghan players hurried to separate them.

Naseem Shah, Pakistan’s number 10 batsman, hit back-to-back sixes in the penultimate over to defeat Afghanistan by one wicket and advance to the Asia Cup final against Sri Lanka.

Shah smashed two consecutive sixes off fast bowler Fazalhaq Farooqi’s two low full tosses to get Pakistan to 131-9 with just one wicket remaining and a need for 11 off the last over.

As his teammates raced onto the field to celebrate the stunning triumph, a jubilant Shah threw away his helmet and batting gloves and ran for the locker room. His final pitch had just soared over long off.

The two teams have fought before. They clashed during the 2019 World Cup in England, resulting in unpleasant scenes.

Afghanistan was ousted from the Asia Cup Super 4 on Wednesday after losing to Pakistan in the final over, and incensed Afghan cricket fans vandalized the stadium, flung chairs at Pakistan fans, and got into sporadic fights outside the stadium.

In the 19th over of the match, which had been played in good spirits with players from both teams sharing embraces and grins, Asif Ali of Pakistan and Fareed Ahmed of Afghanistan got into a violent altercation.

Many fans were reminded of the infamous Dennis Lillee-Javed Miandad altercation during an Australia-Pakistan Test match in 1983 by the scenes.

The Afghan and Pakistani players were separated before things got out of hand, and the game went on as scheduled, with the Babar Azam-led team prevailing in an exciting fashion.

However, the suspense built and permeated the audience. A gang of Afghanistan supporters was seen in several widely circulated films breaking apart stadium chairs, hurling them at Pakistan supporters, and occasionally even aimlessly. As others were spotted scurrying for cover, chairs were flying all over the stands.

Watch videos of Afghanistan supporters throwing chairs at their Pakistani rivals in Sharjah after their team lost the Asia Cup.

Fans of Afghanistan once again demonstrate their inability to accept loss kindly.

The Sharjah Cricket Ground was surrounded by busy motorways, and other more frequently shared videos that claimed to depict confrontations between fans of the two sides outside the stadium added insult to injury.

Watch viral videos of fights between Afghan and Pakistani fans outside Sharjah Stadium.

In terms of the competition, it was nothing less than a humdinger. Pakistan was 131-9 when 19-year-old Shah hammered two low full deliveries from fast bowler Fazalhaq Farooqi for back-to-back sixes with only one wicket left to be taken and requiring 11 runs off the last over.

In a Super 4 match that bowlers dominated, Pakistan did well to contain Afghanistan to 129-6 with the aid of its pacers and spinners. After clean bowled by team captain Mohammad Nabi for a golden duck, Shah completed with 1-19.

Pakistan’s victory also ended India’s slim chances of making it to Sunday’s final. Tensions escalated toward the end when Pakistan was reduced to 118-9 in the 19th over courtesy of the dismissal of Asif Ali (16) by fast bowler Fareed Khan.

After speaking to each other and pushing one another, Asif pulled his bat close to Fareed’s face as Afghan players hurried to separate them.

Once his final pitch had sailed over long-off, it was found that a jubilant Shah flung away his helmet and batting gloves and directly ran for the dressing room as all his teammates had already rushed onto the field in order to celebrate this incredible victory.

The ones listed above are some of the most top-notch pieces of fight cricket moments. The above-mentioned information must have provided you with all the necessary details of the fights that take place in cricket.