IITSWEB
HomeBusinessWhat is the Difference Between 100GBASE-SR4 vs 100GBASE-LR4 QSFP28 Transceiver?
Business

What is the Difference Between 100GBASE-SR4 vs 100GBASE-LR4 QSFP28 Transceiver? 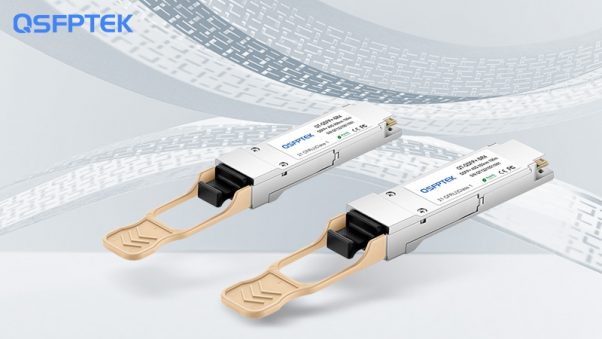 100GBASE-SR4 is designed as a parallel 100G optical transceiver, this transceiver has a higher port density, and its price is also very cheap, which can help data centers save costs. The internal transmission channel of the 100GBASE-SR4 full-duplex transceiver is designed as 4 independent transmit and receive channels, each with a rate of 25Gbps, which can transmit 100G rate signals over OM4 MMF cable. It works by converting parallel electrical input signals into parallel optical signals by using a driven VCSEL array.

At the same time, the transmitter module can accept electrical input signals compatible with CML (common mode logic) levels. All input data signals are differential and internally terminated. At the receiving terminal, the receiver module converts the parallel optical input signals to parallel electrical output signals by using a photodetector array. Similar to the input, the electrical signal output by the receiver module is also compatible with CML level voltages. The transmission feature of 100G QSFP28-SR4 is that all the light signals are differential, and at the same time, inside the module, the transmission rate of each transmission channel is 25 Gbps.

The working principle of 100GBASE-LR4 QSFP28 is to convert four input channels of 25 Gbps electrical signal into 4 LAN WDM optical signal channels, and through the optical multiplexer inside the module, multiplex them into a single channel for 100G optical transmission. At the receiving terminal, the 100GBASE-LR4 QSFP28 optical module demultiplexes the 100G optical input signal into 4 channels of LAN WDM optical signals through a demultiplexer, and these LAN WDM signals are converted into 4 channels of electrical signals.

100G SR4 QSFP28 transceiver is used with MTP/MPO-12 cables, its maximum transmission distance is 100m over multimode fiber, 100G LR4 QSFP28 transceiver is generally used with LC duplex optical fiber, and its maximum transmission distance is 10km over Single Mode fiber.Comparing the power consumption of these two, QSFP28 100G LR4 is about 3.5w, the power consumption of QSFP28 100G SR4 is smaller, about 1.8w.

After the introduction of this article, I believe you have no doubts about 100G SR4 QSFP28 vs 100G LR4 QSFP28 now. These two optical modules are used in different transmission distances, and their prices are also different. If you are concerned about 100GBASE-LR4 and 100GBASE-SR4, you can contact QSFPTEK customer service via sales@qsfptek.com, QSFPTEK is a technology company that produces optical modules and related products.