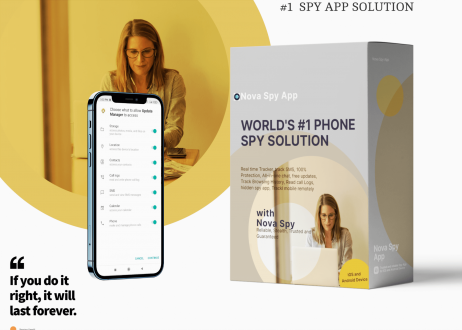 When you feel your spouse is cheating, the urge to spy on your spouse’s phone will become a high priority. To ease your problem, we have provided useful content with the best spy app to monitor without a target phone.

The main idea to use a spy app is to be able to track any device easily to read messages, chat, view content of the phone.

Without having access to the target phone, how can I spy on it? Is it even possible to spy on a cell phone without having to install any software on the phone I’m spying on? When it comes to mobile phone spying, this is one of the most frequently asked questions.

Spy phone apps are in high demand these days, which is unsurprising. One of the benefits of a spy phone app is that it is reasonably priced. These apps are very inexpensive and accessible to people of all social and economic classes, whether affluent or poor and so are purchased.

Can you spy on an Android phone without having the phone?

There have not been any good answers to this question because there are direct and indirect ways to hack android phones.

We will first focus on spy app and what they are

Spy app is a mobile spy software and phone tracker designed for parents to keep their children safe, in this case without having to get a target phone. The application will let you know if any suspicious activity is taking place on the target phone, even when the device is off or locked. You can even record everything happening on the phone and send it straight to you as soon as it’s done. With a spy app, you can use a private dashboard to monitor your kid’s phone effortlessly.

To answer the most interesting topic, you need to touch the phone before you can read and monitor the phone.

Can a spy app work on iPhone?

The answer is yes but you have to jailbreak the phone which is not highly encouraged. We will suggest using iCloud credentials of the user. This is one of the best ways to monitor an iPhone without touching it. iPhone are stored on cloud storage, getting access to the iCloud credentials gives you access to the data of whoever you want to monitor. You can use a spy app on the iPhone to catch a cheating spouse. 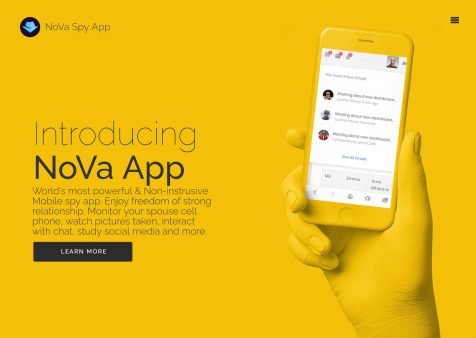 How do free spy apps for Android without target phones work?

There are many free spy apps that can be downloaded onto an Android phone without any target phone. When you install the app, these apps will download themselves onto the phone and then begin monitoring the cell phone text messages and all of the other forms of communication going out over the network. Because these apps are available for free, there is no telling who created them or what their intentions are.

Free spy apps can vary from easy to difficult installation processes. You need access to the device to install this app to read messages, chat and view pictures.

Before using a free spy app, it’s better to use an ethical spy app that cannot compromise the security of your kids.

The ethical reason to spy on someone’s phone is to protect them from harm. Using a free app exposes them to this app because there is no company to protect your data in case of hackers taking over its website.

Is there a free app to spy on someone’s phone without touching it?

Most apps like these (spy apps) will work without a target phone. They install malware on the target’s phone that connects to the app and then sends them data about how much time the user spends on their mobile devices or track text messages/phone calls. This is not only difficult to find, but also very dangerous as it can expose personal information about the target and their family members. We won’t recommend using free apps to anyone without constant monitoring and proper research.

Best Spy app for android without access to target phone

With more and more people now owning smartphones, it’s important to find apps that can locate what the target phone is doing. Some apps require a target phone to be present within range of your device in order for you to be able to use other features, but others don’t. The Nova spy for Android without target phones are apps that have a excellent spy ability to monitor your kids phone easily

When it comes to spying on any phone, Nova spy is the greatest cell phone spy app software solution. It works on android devices.

No matter the reason for monitoring, Ultimate phone spy gives you the power to spy on a smartphone device. With powerful features like email notifications, monitoring and discovering apps and software installed on the target phone, remote control of apps without jailbreaking, sound recording and keystrokes, access to data stored in the target device and much more.

Other advance ways you can spy without target phone

To remotely install spy programs on a cell phone, you’ll need to be familiar with hacking. You can achieve this via the phishing method, which involves enticing the target with a malicious and infected link, then gaining access if the target clicks it. You’d have to learn how to make a phishing link with malware and everything to do this, though.

There are services like hacker01 who create these links and provide advanced services for cell phone spying.

Phishing is one of the ways for gaining concealed access to a phone without having physical access to it. If you are a hacker, if you hired a hacker, or if you have solid hacking skills, you are most likely to succeed. Phishing works by delivering a virus-infected bait to the target, and if the target clicks the link, you may simply acquire access to the person’s phone without them realizing it.

You can use this method to acquire unrestricted access to another person’s phone or account. All you have to do is persuade the target to divulge their personal data. Because all that is required to access or take control of a phone or account is the correct password, if you are duped into supplying important information about your device, you may be able to be watched.