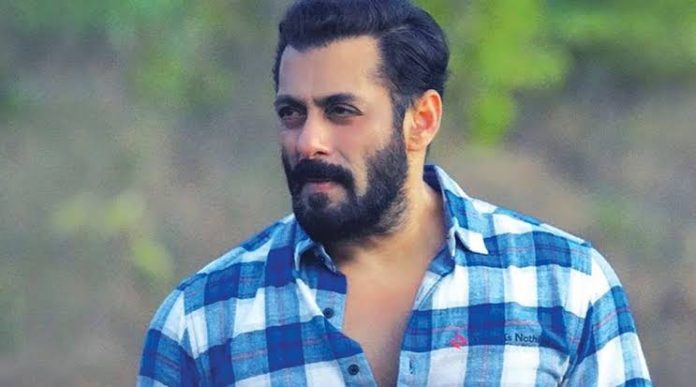 Salman Khan is the most famous and highest-paid actor in Tinsel town. For years, he has also given intense competition to the King Of Bollywood’, Shah Rukh Khan. But what has been persistent so far along with all of this is Khan’s alleged love affairs list that keeps growing with time. Of course, we know that his love story with Aishwarya Rai was quite controversial, but that is not all. His love story with many other attractive celebrities has given way to sizzling gossip. Let us find out about them as we read!

Back in the days of the late 90s, Salman Khan and Aishwarya Rai’s dating rumours were everywhere. The two were madly in love with one another, especially after ‘Hum Dil De Chuke Sanam’ which was released in 1999. However, their lovey-dovey story took a drastic turn when Khan was rumoured to get drunk, disturb Aishwarya on the film sets, and even call her at night to scare her. He even banged on her door at 3 AM and threatened to kill himself provided Rai did not open the door. Such behaviour petrified Rai, and she decided to end her ties with him. Although Khan was heartbroken after his breakup, they eventually moved on.

Katrina Kaif and Salman Khan have always been rumoured to be dating until Kaif’s marriage this year to Vicky Kaushal. For the longest time, people rumoured they were in love with each other. However, they eventually had their differences and moved on with their lives. But Salman remained single after Kat. However, Katrina was seen dating numerous other stars after Khan. It was also quite shocking when Salman Khan shouted at his sister’s wedding that Kaif missed out on the opportunity to become a Khan herself.

Read Also: How to Choose the Best Online Ordering System in 2022

During the 80s, Salman Khan was rumoured to be dating the long-famous Miss India Pageant winner, Sangeeta Bijlani. Rumours also suggest that Bijlani and Khan would have almost gotten married if things worked alright. However, unfortunately, it did not, and they separated. But even today, Bijlani is said to be quite close to Khan’s family.

Did you know that even Faria Alam and Salman Khan had dated for some time back? In a newspaper, it was even printed that Faria and Khan had a fling with one another. However, Khan denied any such rumours and continued to keep his reputation high. He even went on to say in an interview that he has no clue about who she is. However, this rumor was already on the front story, so it became quite a gossip in and around the Tinsel town.

A famous actress from Pakistan, Somy Ali, also falls on this list of lovers of Salman Khan. She had fallen for Khan when she was 15 years old and later even got the opportunity to be his girlfriend. But Khan’s alcoholism and lewd behavior made her distance herself from him in no time.

These were a few love affairs of Salman Khan over the years. Of course, there is more, but these were the ones who made the hottest headlines with him.