How Much Do SAP Consultants Make? 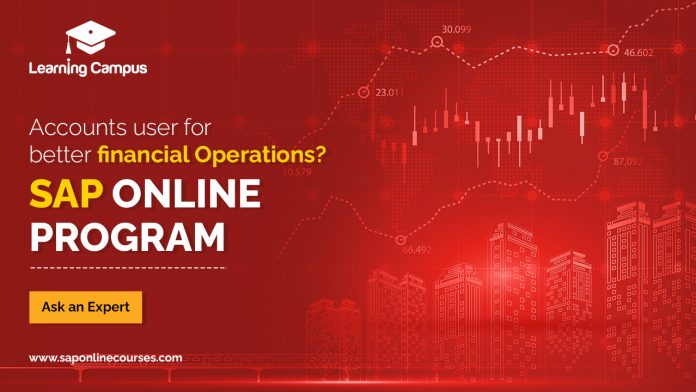 SAP is one of the world’s most popular corporate software suites, capable of handling nearly all aspects of a company’s growth. To enhance your skills and build a reminiscing career, enroll yourself with the help of SAP Online Training in India.

Is it worth your money (and effort) to invest in your SAP education, given the large growth in both supply and demand for SAP consultants? Yes, that is the quick answer.

To demonstrate this, we’ll go deeper into the realm of SAP consultant pay. You’ll discover more about why SAP consulting can be highly profitable in this blog.

What Do SAP Consultants Get Paid?

SAP consultants, in general, make a good livelihood because of their knowledge. Many of these consultants have four-year degrees from institutions, while others have been trained totally on the job for a position they like.

Because of the increasing demand for SAP consultants, salaries are also very high.

We’ll take a short look at four SAP consultant specialties, their typical salary, and the training programs that can help you become an SAP consultant.

While SAP has various specializations, some people have such a wide understanding of the system that they can act as general consultants. An SAP consultant, or someone with a job title that doesn’t specify a specialty. It usually works in a generalist capacity that allows them to advise a company on a variety of issues.

Generalists may not always have the specific knowledge required to accomplish necessary changes. They do have the experience and foresight to recognize what should be done. As a result, SAP consultants are valued for their ability to examine a range of circumstances, identify points of connection, and provide recommendations for the next actions to take.

SAP project managers are experts who know all there is to know about SAP procedures and flows. These are the individuals that thrive in designing and implementing game-changing methods that provide a simple answer to a complicated problem.

Project managers are frequently ambitious and devoted persons who are familiar with SAP stages as well as the set of project management tools offered by high-quality suppliers such as Microsoft. These talents, when combined, make a SAP project manager a good fit for someone who appreciates working with details, procedures, and implementation duties.

SAP analysts are often well-trained professionals with extensive SAP knowledge and expertise. Although they may still have more to learn as they progress through their schooling. Some firms may also use the term SAP analyst to refer to SAP lead analysts, SAP IT analysts, SAP business analysts, and other areas of SAP knowledge.

Keeping this in mind, not all SAP job titles including the word “analysis” are created equal. Nonetheless, they receive a respectable wage on average, with lots of room for growth during their careers. Working as an analyst may be a first or second step for someone new to SAP. It’s depending on the amount of competence you can demonstrate to an employer.

Web development is one of the most in-demand skillsets in the world right now. It’s no different in the United States. From scrappy startups to well-established businesses, more developers are needed to build more digital content for increased growth.

Because SAP is so specialized, this demand is much higher for SAP developers. Finding and employing people who are proficient in SAP and the requisite code languages is no easy task. When a firm discovers someone that meets those criteria, they frequently want to recruit the developer as soon as possible.

SAP developers, on the other hand, are in such great demand. They can afford to negotiate greater and higher compensation than many other professions (and even SAP specialties). SAP developers will always have a safe position in any significant organization as long as the world runs on the Internet, apps, cellphones, and remote work.

Do you want to learn more about SAP online training and the pay scale for SAP professionals and consultants? Enroll in the SAP FI Online Training in India and delve into the specifics of SAP FI information.

How to Decrypt an Exam File