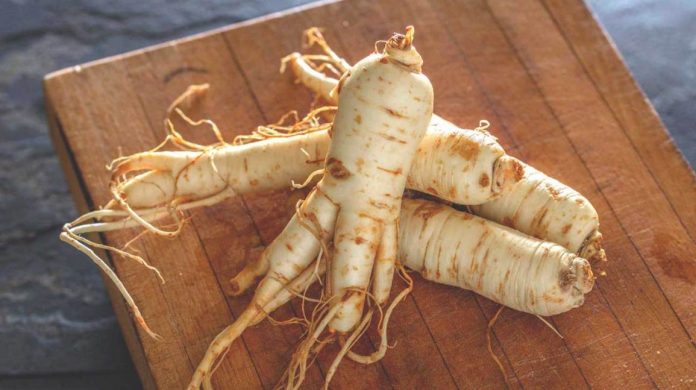 Ginsenoside and gintonin compounds in ginseng complement each other to provide extraordinary benefits. Here are a series of benefits of ginseng that you can get:

The first benefit of ginseng is to help prevent and reduce inflammation. This is thanks to the anti-inflammatory parts found in the ginsenoside compounds in ginseng.

A study shows that these compounds have a positive effect in increasing the body’s immunity to reduce inflammation.

It is known that ginseng has anti-allergic, antimicrobial, and antioxidant-rich properties that function to protect the body against various bacterial infections. So that the immune system also increases.

This herbal plant is also believed to increase the effect of vaccination against various types of diseases such as influenza, rotavirus, hepatitis C, and others.

The next health benefit of ginseng is that it can help improve brain function.

Supported by a study that explains that components in ginseng such as ginsenosides and compound K play an important role in preserving the brain from damage caused by free radicals.

Other studies have also found positive effects on brain function and behavior in people with Alzheimer’s disease.

Ginseng provides benefits in controlling blood sugar levels in people with or without diabetes.

Regular consumption of ginseng has been shown to help fight fatigue and increase energy.

One study showed that people who consumed Korean ginseng experienced less physical and mental fatigue and reduced oxidative stress than those who did not.

Not many know that ginseng also benefits adult men. One of them is preventing premature ejaculation.

Almost everyone knows about the benefits of ginseng on this one, namely its ability to prevent signs of premature aging. The presences of antioxidants in it which can help reduce signs of aging and prevent the negative effects on the body.

In addition, the efficacy of ginseng linnya is also able to stimulate blood flow throughout the body, including into the body’s skin cells. This will help your skin look younger & stay moisturized.

Ginseng is known to have a myriad of benefits in fighting various types of diseases, including helping reduce the risk of cancer.

The presence of ginsenoside compounds in ginseng is efficacious in preventing the growth of cancer cells and reducing inflammation, as well as fighting free radicals in the body.

A study showed that people who took ginseng had a reduced risk of cancers such as oral cancer, stomach cancer, esophageal cancer, lung cancer, and liver cancer.

In addition, it is also useful for improving the health of cancer patients and reducing the side effects of cancer treatment.

By consuming ginseng can also be an alternative therapy to relieve menopausal symptoms.

A study explains that postmenopausal women who take ginseng extract have a reduced risk of health problems related to menopause.

Ginseng can affect the body’s nervous system, such as stimulating metabolism and increasing energy levels.

This is thanks to the adaptogen compounds in ginseng. These compounds can interfere with hormone levels produced by the body when stressed.

So that way, ginseng can help relieve stress hormone levels in the body and help create a better mood. Sildigra 100 mg and Prejac can help improve for Ed.

How to Consume Ginseng

Before consuming ginseng, make sure to choose good quality ginseng so that you can get more optimal benefits.

Ginseng can be consumed into various types of food and drink, one of which is as an herbal drink. Sildalist russia is good for the men’s health.

The following is how to consume ginseng herbal drink:

Although it is beneficial for health, you should not consume it in excess so that it does not cause various side effects in the form of health conditions such as dizziness, headaches, diarrhea, to overdose.