The New Roadmap of Dogecoin 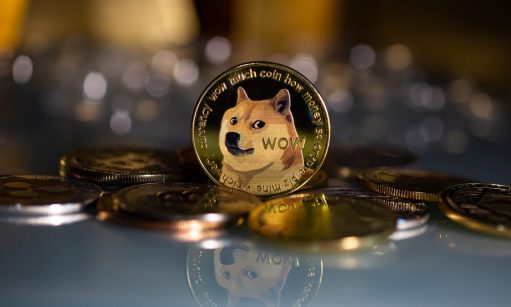 Eight years after the meme crypto asset Dogecoin (DOGE) was launched, the developers behind the coin finally released its first-ever roadmap. Although the coin was launched back in 2013, it started as a joke and later evolve into something more serious, causing waves in the crypto world, this is the first time it will be having a roadmap.

The Dogecoin foundation recently announced on their website that there will be a trail map about the coin, and will feature eight amazing projects, including the launch of GigaWallet and LibDogecoin. In August 2021, the foundation signed the Dogecoin Manifesto, detailing the future and goals of DOGE.

The foundation announced that it will be bringing on board some big names in the industry to further drive the vision behind the digital currency. One of them is the Ethereum co-founder Vitalik Buterin. It also further says that it has some more influential friends on its side who are all ready to contribute uniquely to the development of the open-source projects.

Many interesting developments were highlighted in the roadmap, but let’s take a look at each of them at a glance.

In the roadmap released by the developers, they revealed that their plan is to ensure that DOGE remains decentralized as much as possible. According to them, they want it directed by “shepherds rather rulers” and gradually watch the coin emerge into a currency that will be widely acceptable anywhere in the world for making purchases of all kinds – even very basic things, like toothpaste. That’s the goal of DOGE – high adoption and utility.

There are a total of eight projects highlighted in the new Dogecoin roadmap, and each of them looks to be playing a significant role in the development of the crypto asset.

The first on the list is the complete redesign of Dogecoin’s official website, Dogecoin.com. The website will be coming bearing a completely new look. It was said that it will now include a new section called “Dogepedia.”

That will be a section loaded with several educational materials concerning the crypto market, as well as on DOGE. It will also have an FAQ section stacked with lots of relevant questions that users are searching for. All these will help promote awareness within the community and every trader and investor will be updated with the right information – and at the right time. The website is said to launch any time in January 2022.

Following the redesign of Dogecoin’s website is the construction of Libdogecoin. This will be a library that will make it possible for anyone to build DOGE-compliant products even with little or no knowledge about the specifics of crypto functions. With Libdogecoin, developers will be able to easily integrate the crypto-meme into their systems and applications.

The new Dogecoin roadmap also features another project called “Dogecoin Standard.” This project is proposed to cause a more level ground for potential developers on the Dogecoin blockchain. When the difficulty barrier is taken out, we should all expect an increase in the number of developers finding their way to Dogecoin.

The creation of GigaWallet remains one of the major projects announced in Dogecoin’s roadmap. GigaWallet will be an open-source API solution that allows developers to add Dogecoin transactions to their payment platforms without stress. According to the developers, this project will foster the quick adoption of the meme coin as a payment method among merchants around the world. That means it will be easily used by retailers, game developers, and social media platforms.

Included in the roadmap is a proposal for Proof-of-Stake which will allow investors to stake their Dogecoins and earn good interest on them. The developer said this project will allow anyone — and everyone to participate in staking and not just the big players. They call this project a “uniquely Doge proposal” and it plans to dedicate a portion of the rewards gotten from staking to charity.

In the roadmap, the developers emphasized the coming on board of the Ethereum founder, Vitalik Buterin who will also be working in collaboration with the team to make the PoS project a reality. Presently, Vitalik is also working on making a switch to PoS as part of the Ethereum 2.0 upgrade.

This is another project proposed in the new Dogecoin roadmap – RadioDoge. This project is proposed to allow users to remotely have easy access to radio nodes. All these projects are coming up to help make DOGE go beyond just a meme coin and become a blue-chip crypto that the community itself will be administering.

Dogecoin is Still a Community Project

Following the release of the roadmap, the developers also stated that no matter what happens, Dogecoin will always remain a community project, even though a team is working on new features. They said the team of developers will only be responsible for the maintenance of the blockchain and not there to govern over decisions. “Dogecoin is yours,” as concluded in the new Dogecoin roadmap.

Before you go, you might also want to check out this post about Buy Crypto with PayPal in Europe.