IITSWEB
HomeTechnologyEmoji 101: Five Face Emojis with Hands and When to Use Them
Technology

Emoji 101: Five Face Emojis with Hands and When to Use Them 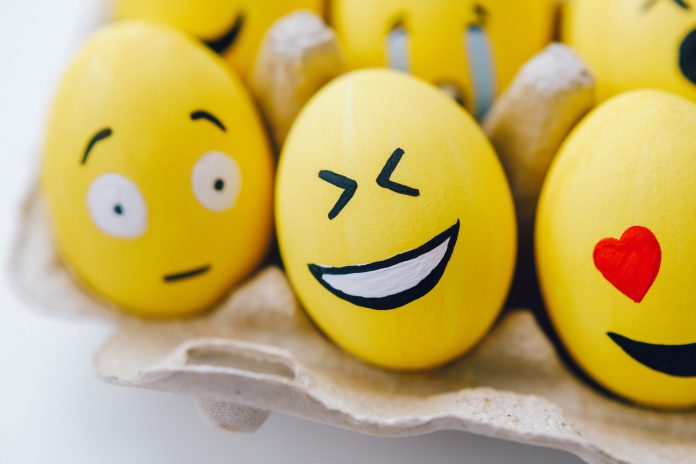 It is incredible to have the existence of face emojis in the media world right now. People have been using emojis for more than 20 years, which first appeared on Japanese mobile phones in 1997, grew in popularity worldwide in the 2010s after being introduced to numerous mobile operating systems. They are now widely recognized as an essential aspect of popular culture in the West and the world.

From its colors to its appearance, every emoji is unique. Some emojis have yellow colors or even have accessories. There are also face emojis with hands, one of which is the shushing emoji. Only a few face emojis have hands; want to learn more about them and when to apply them? Continue to read for you to expand your emoji vocabulary.

It’s most commonly used to express joy, affection, and appreciation, offer comfort and consolation or signal a rejection. Its hands’ ambiguous and tease aspect contributes to this range of meaning. The emoji is sometimes named the jazz hands emoji, which tech entrepreneur Elon Musk coined in 2018 after his iPhone recommended the emoji when he typed “jazz hands.”

Interesting, right? Now, use this emoji to show your love to your friends. It is very relevant right now because you cannot just hug your friends face to face because of the ongoing pandemic, so why not do it virtually?

2. Face With Hand Over Mouth Emoji

“Hihi” seems like this emoji sounds like that, right? But how? The face represents a yellow face covering its lips with hand over mouth emoji. The look shows happy eyes and blushing cheeks on most platforms like Windows, Google, and Twitter.

As a result, senders of these platforms commonly use this to convey a shameful reaction or to remain anonymous. It can also allude to shy giggling or embarrassment. The best example is using this emoji if you don’t have anything to say, primarily because of the surprising statement your friend said to you. Also, you can use it when you are too shy of the compliment your chatmate gave to you. You do both without putting any context; indeed, they will understand already because of the natural appearance of this face emoji.

The other names of this emoji are hand over mouth, covered mouth emojis, embarrassed faces, and mischievous faces.

What do you think is the best emoji to send, if you are wondering? That’s right! The thinking face emoji is the correct answer. Do you know what the resemblance of this emoji is? It has a yellow face with furrowed eyebrows looking upwards with thumb and index finger resting on its chin.

It’s usually applied when you need a few moments to consider answering someone online. You can replace the dead air with the Thinking Face emoji instead. In that instance, you tell the person you’re speaking with that you’ve received the message and need to think about what to do or say next. Most internet users use this emoji when referring to a question or a concept. The emoji naturally takes on a more sarcastic tone when used in this manner.

It is also one of the most frequently used emojis on the Internet because it is one of the few serious-looking smileys, and it’s simple to detect. It’s also because it’s so relatable! Everyone has encountered individuals who doubted them, and every one has required space to decide at least once in their lives.

Are you feeling bored with a conversation? Or are you very sleepy and don’t want to chat with anyone now? Well, the yawning face emoji is perfect for your situation! This emoji shows a yellow face with elevated and closed eyelids. To represent a yawn, it has its hand over its mouth.

Depending on the context, the yawn emoji can have a variety of meanings. When used literally, it denotes tired or on the verge of falling asleep. However, you can use it to express concepts or sentiments of exhaustion, boredom, or being done for the day. You can also use this emoji when someone informs you about something you don’t care about. That’s why it’s also known as the final emoji or whatever emoji.

This emoji is also known as the “bored emoji” or the “tired emoji” because of its wide range of emotions.

OMG! Last but not least is the face screaming in fear emoji. This emoji displays a terrifying face with wide blank eyes, an agape mouth, hands-on cheeks, and a pale blue forehead. As a result of seeing something so terrible, this emoji symbolizes extreme fear, panic, restlessness, and a pale complexion.

You can also use this emoji in positive ones. Like if you saw, read, or watched an exciting moment of surprise, this is the perfect face emoji for you! It’s sometimes referred to as the “wow emoji,” about the smiling face’s “wow expression.” It’s also known as shocked emoji, scared emoji, or screaming emoji.

The Scream, an 1893 picture by modern artist Edvard Munch, is essentially what most renditions of face screaming in fear emoji look like.

Nowadays, emojis are the best way to convey our feelings towards a scenario or person. So emojis must exist along with the expanding world of technology. Every different appearance of each emojis represents different meanings. Emojis with different eye shapes, different colors, and even emojis with hands! It is fun to think that there are emojis with hands, just like an actual human does. It clearly shows how emoji has many different varieties to show us and how you can use it in different situations.

Why get a cloud computing certification?