10 Thriller Shows That Will Bring Chills Down Your Spine! 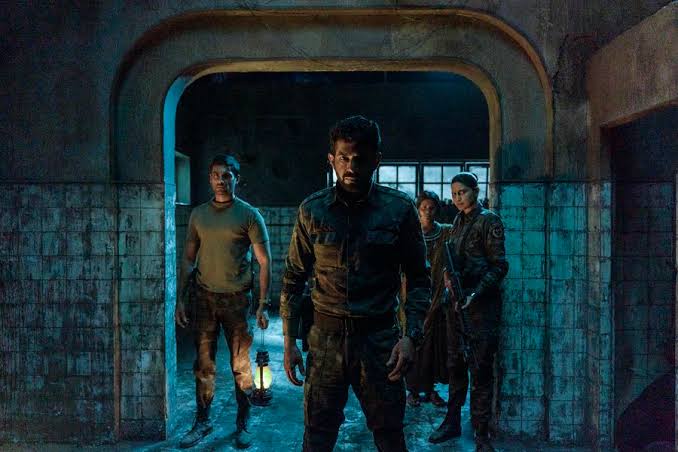 There are times when you crave nothing but a great thriller, just so you know that you are alive!

If you are looking for something modern or vintage, humorous or terrifying, mind-bending or heartwarming, we have the perfect list of movies that will make you nervous and leave you gasping.

So, now it’s time for you to be seated on the edge of your seats with our list of new thriller shows that combine mystery, complex characters, and suspenseful storylines.

The story of a journalist who goes back to her hometown to look into the murders of two girls is the subject of the dark and gripping crime thriller Sharp Objects, which is based on the Gillian Flynn novel. The show, which features Amy Adams and Patricia Clarkson, is an eerie investigation of mental illness and small-town secrets. The Show is available to watch on Hulu.

This story is about the marriage of Bill (Cruise) and Alice Harford (Kidman), which is on the verge of disintegrating after Alice admits that she almost had an affair. As a result of Bill’s search for happiness, a deadly hidden gang that is angry that he attended their special party contacts him.

Writer: David Benioff, based on the film by Susanne Bier and Anders Thomas Jensen

Brothers, an American psychological drama war movie from 2009, portrays the moving tale of Sam, a soldier in Afghanistan who is shot down in his helicopter and believed dead. She manages the household at home with the help of his naughty brother. When Sam returns home alive, the narrative changes. He learns that his wife and brother have started dating. Watch the movie to see his response.

The Missing is a 2014 American mystery-thriller television series that centres on Tony Hughes (Nesbitt), whose son Oliver, age 5, disappears while the family is on vacation in France. As the police investigation drags on, Tony urgently seeks information, sending him on a journey around the world that will put his faith to the test and cause him to reevaluate everything he believes about himself. The programme has a lot of tension, unexpected turns, and a hint of the paranormal. Don’t miss this opportunity, then!

A Hulu original series named “Alone” debuted on March 3, 2016. The show centres on the lives of ten people who are stranded at sea in harsh environments and have to figure out how to survive without aid from the outside world.

Guillermo del Toro’s psychological thriller Nightmare Alley ’21 is a remake of the 1947 movie of the same name, which was based on the William Lindsay Gresham novel. An ambitious carnival barker who gets caught up in a female psychiatrist’s web of manipulating him to advance her own career is the main character of the movie.

The cast of NO EXIT, a new thriller on Hulu, should interest a lot of fans. It’s also a mystery-thriller with a dash of terror. The show centres on a group of strangers who must overcome a number of obstacles in order to escape a deadly game. They are drawn together by a mysterious character known only as “The Arbiter.” This is the thriller movie that will actually bring chills to your spine!

This crime drama focuses on Charlie, a former con man who changes his perspective after being hit by a car. He begins to use his perceived talent to predict the future to deceive others after becoming persuaded by these visions. Shut Eye is a fascinating premise, has a fantastic cast, and is well worth seeing. Your mind will be blown away by this series.

A group of astronauts are sent to study a mysterious planet, which is the central theme of the Titane film. When they arrive, they discover that the planet is home to enormous animals that appear to be immune to their weapons. They must deal with the difficult environment and the threats posed by the huge beasts while they search for a route off the planet. The movie ensures to make you amazed throughout.

A fascinating and entertaining movie about a group of British middle – class people who come up against the wealthy and powerful. This occurs when their once-in-a-lifetime employment results in them receiving not just the expected cash and jewellery but also important documents. You will enjoy The Bank Job if you enjoyed The Italian Job, The Town, or even movies like Argo. You can watch these on Sling TV, which is only available in the USA, just like Hulu. To watch Sling TV outside USA, you obviously need to connect to a VPN, and then you can easily enjoy these movies.

I hope you guys will enjoy the list with popcorn in your hands and blankets on your face 😀 We have watched every single show mentioned above and would love to know if you tried them. If so, then which one is your favorite!