IITSWEB
HomeBusinessThe Importance Of Being Positive According to John Ritenour
Business

The Importance Of Being Positive According to John Ritenour 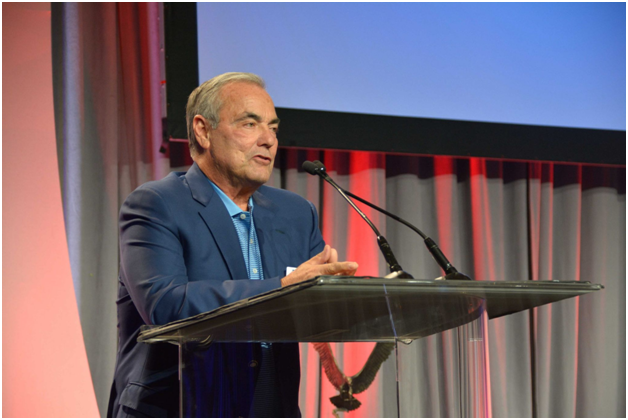 No one likes to work when they’re unhappy, especially if it’s in a toxic or unpleasant work environment. Happy workers are more productive, at least that’s what a study by the University of Warwick found. According to their conclusions, researchers found that workers were 12 percent more effective when they worked in a positive work environment. Indeed, Insurance Office of America’s Co-Founder, John Ritenour, has found this to be true in a number of ways.

A Business Structure Unlike Any Other

John Ritenour launched the Insurance Office of America over 30 years ago with a focus of establishing a positive corporate culture, promoting happiness and embracing employee diversity. He noticed that when top management changed, sales commissions were cut, incentives were eliminated, and trips or bonuses that employees had been working for all year disappeared overnight. From that point on, John Ritenour made it his goal to foster a pleasant work environment and establish an insurance agency that stood out from the rest.

The Insurance Office of America stands out because producers retain the same freedoms available to independent business owners. This type of structure gives producers the freedom to have a stake in the company, therefore making them more motivated for the entire company to succeed.

Insurance Office of America’s one-of-a-kind structure lays the foundation for a positive business culture. John Ritenour knows that employees aren’t the only ones who benefit from positive corporate culture; businesses do too. Overall, a positive business culture encourages lower turnover rates, higher levels of productivity, a solid company reputation and more substantial creativity from team members. Ritenour even encourages his employees to give back to the community by participating in charity events or donating their time or money. Insurance Office of America also sponsors their own 5K that benefits central Florida charities and food banks.

About John Ritenour and Insurance Office of America

Thanks to his years of hard work, John Ritenour has earned various awards, including Success Magazine’s Success Award for Business Achievement and the Symetra Tour’s (LPGA) Eloise Trainor award. Today, John and his wife, Valli, live in central Florida, with the Insurance Office of America headquartered in Longwood, FL. John has since passed the business to his son, Heath Ritenour, and spends his semi-retired time with his grandchildren. Under Heath’s watchful eye, IOA is sure to continue building a legacy of positivity and employee satisfaction for years to come.