IITSWEB
Home Education How long does it take to Learn Tajweed? 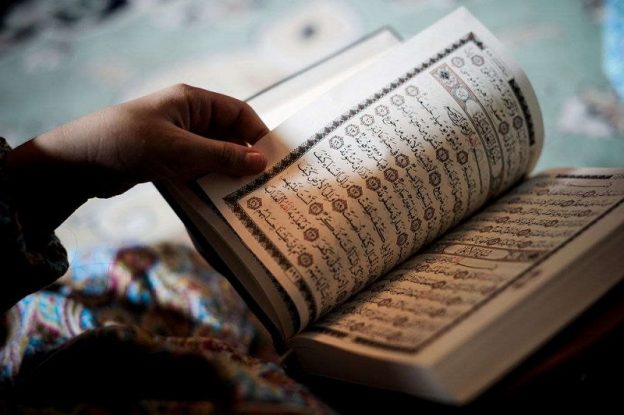 The Quran holds the title of being ‘the most read’ in the whole world. Not only because Muslims are spread all over the world, but because many people read the Holy Quran to seek knowledge and guidance.

And this is why, from its revelation up till now, millions of people have read this Holy book of the Muslims. Though many ambiguities took over the Muslim world, still not a single change has happened in the Holy Quran and is as it was revealed.

And to overcome these ambiguities, learning Tajweed is considered a very crucial part. If parents do not make their children learn the proper rules and regulations of Tajweed, how are the kids going to learn the Quran correctly?

According to some people, Tajweed is the rule followed in the recitation of the Quran and only applies to the Hafiz and Qaris. Whereas, some believe that reciting Quran with proper rules is the obligation of every Muslim?

Who do you think among these two is the right one according to the teachings of Islam? Well, if you are confused, we will surely enlighten you according to what Islam says about Tajweed and its application in the recitation of the Quran.

In addition to the importance of Tajweed, while reciting the Quran, you will also be able to know how you can get help from Online Qari if you want to learn the Quran according to the rules of Tajweed.

If you don’t know what Tajweed is, how will you be able to understand the rules of Tajweed? Tajweed is basically the term given to the rules that one must follow while reciting or reading the Holy Quran.

We know that as Muslims we should pronounce every word of the Quran in the right way. If the words of the Quran are not pronounced in the way they should be, the meaning of the Quran can be changed.

Is it Obligatory to Learn Tajweed?

Now here comes the most important question that is asked by people about Tajweed. Well, Tajweed is not necessarily an obligation, but Islam has given it so much importance that it has thus become an obligation.

As we mentioned above, that none of us would want to mispronounce the Holy words of the Quran, so every one of us would better learn the rules of Tajweed than reading it wrong.

What is said in the Quran about Tajweed?

What are the Benefits of Learning Tajweed?

We are now clear about the fact that reading the Quran with Tajweed is not declared an obligation on Islam, but here we are going to discuss some of the benefits of learning Tajweed and its application while reciting the Quran:

·         You will make fewer Mistakes: A mere change in the pronunciation can completely change the meaning of the word that you are reading in the Quran. If you want to avoid mistakes; learning Tajweed is something that you should go for.

Important when you are Memorizing the Quran:

Tajweed is very important if you want to memorize the Quran. If you are good at applying the rules of the Tajweed, while reading the Quran, it will definitely help your recitation of the Holy Quran and with your pronunciation.

How are Online Tajweed Courses Helpful?

Lately, we have faced a global pandemic that has had drastic effects on our lives. A temporary stop was put to the physical classes in educational and religious institutions.

In this high time, many people turned to online classes to continue their studies, no matter scholarly or religious.

Can you learn Tajweed online? Of course, you can! Online Tajweed courses not only help you to continue your Tajweed classes but also enable you to access the classes directly from your home under the direct supervision of your parents.

How much time does it take to learn Tajweed?

A 5-8 year child can easily complete his Quran in almost 3years. Children can take 1 or 1 ½ years to learn the rules of Tajweed, whereas adults can learn Tajweed in just one year!

IMPORTANCE OF SPELLING IN THE AGE OF TECHNOLOGY